Okay this girl is doing a happy dance!!! I am so very excited!!! Even though our anniversary is not until May, we have already purchased our anniversary gift. I can hardly wait, the countdown has begun until May 15th.


On that evening, we will be seeing this man in concert. 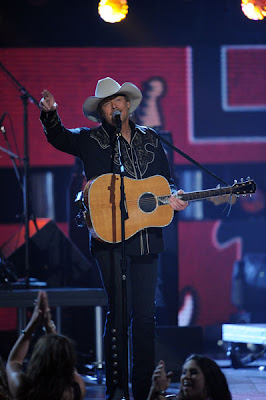 Posted by HuNnY aNd PoPpA LeWiS at 10:30 PM 4 comments

Whewwww what a weekend...

Last Friday, Gabe & Ryan were moving so we picked up their boys for the weekend. Brie rode with us because she loves spending time with Dane & Hunter, and it seems to help when they see a friendly face their own size.

Hunter's feeding tube was removed, but the hole left behind was leaking. So we had to deal with bandages and yukky sticky tape that wouldn't let go of the poor boy's skin. He wasn't feeling well because of his little tummy and on top of that had a bad cold with a cough. So he would not eat or drink or play all weekend and slept nearly all day Saturday. I literally had to wake him up every 1-2 hours on Saturday night to get him to drink just a little, because I was afraid he was going to dehydrate.

Dane, Brie & I had fun playing and reading books. We learned to draw spiders and played with beads. Dane would jump on me and just hug my neck. They were so good all weekend even though it was too cold to go outside. 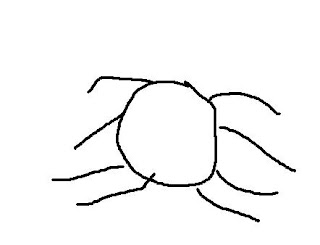 Sunday when we took the boys back to Dublin, Gabe & Ryan were exhausted and had difficulties with their new home. There was no hot water for a shower, one side of the house had no electricity, and no heat in the house. We helped them move a few things and picked up an entertainment center for Danita & Josh. Poor Dane was confused and did not want to leave his old home! He especially got upset when they loaded up the four wheeler that we gave him for his birthday when he turned 2.

Anyway after we left, Gabe called and said they were taking Hunter to Cooks because he was getting worse. They thought he might have pneumonia, but wound up being more of a viral infection. They started an iv and put him on oxygen. Danita & I drove up Monday to check on him, and he still wasn't feeling better. By Wednesday, he was feeling much better and got to go home on Thursday--thank you Lord!!!

Posted by HuNnY aNd PoPpA LeWiS at 10:22 AM 0 comments 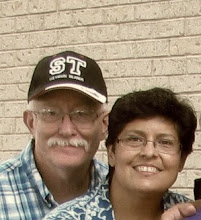